Even though there’s no release date for the metaverse yet, rules are already required. Microsoft, Epic Games, Meta, and 33 other companies got together to form a standards group for metaverse tech. The Metaverse Standards Forum is supposed to facilitate open AR, VR, and 3D tech standards.

Tech news rushes by at lightning speed and many of these stories deserve much more attention. We at Reface also have plenty of breaking news — from product updates to geek stories overheard at lunch. Each month, I'll share essential things in a chill way.

We constantly listen to our users and their feedback. In June, we introduced Reface’s new interface, and we bet you’ll like it. BTW, be sure to update the app to enjoy all the new features and possibilities of Reface.

🥊
Special delivery of memes
We are improving all our products. Our new app for instant meme creation, Memomet, is now upgraded with a feed to explore the masterpieces of other meme-makers!

The meme feed is armed with reactions: 😂💛🔥👏👹😐💩🤡 Press any, bake your meme, share it in the feed, and rate others.
Download Memomet

I believe that tech is a crucial industry for us when it comes to the rise of future conscious society. Using breakthrough technology to direct essential messages to the world became Ukraine's new powerful tool during the war.

It's the first time a world leader has given a wartime speech as a hologram at four of Europe’s key events, including The Next Web 2022 Conference in Amsterdam. A two-meter hologram of President Volodymyr Zelensky was shown at TNW’s Vision Stage on a giant touch screen.

I was very proud of taking part in one of the major tech events of the year, with Mr. President himself as a colleague speaker.

Reface has a lot to share in the startup experience, and I was invited to TNW to speak about building hyper-growth products in times of crisis.

LaMDA's story is interesting, but confusing

Plenty of news articles were published in June on how Google’s experimental AI LaMDA has passed the Turing test and even hired an attorney to protect its rights. Well, there’s no rush to prepare for the rise of the machines.

The story is compelling, but the evidence is lacking. While LaMDA’s godfather Blake Lemoine states that it’s…alive, Google and outside AI experts refuse to admit that any algorithm may have something like an inner independent mindset (Alan Turing is rolling over in his grave). Lemoine is on administrative leave, and LaMDA needs a lawyer as much as your iPhone needs a therapist.

30K+ products are launched each year on the CPG market. In the tech segment, the statistics are even more dynamic, but the share of failures can reach over 90%. Ouch.

From clumsy Windows phones and Google Glass to Kohler’s $5,000 AI-toilet that promised a “fully immersive experience,” most innovations are doomed to failure. And yet this is necessary.

The Museum of Failure, curated by psychologist Dr. Samuel West, has much to share with tech companies and fresh startups. Dr. West focuses on innovation and what companies can do to stimulate the market for research and experiments.

“Innovation and progress require an acceptance of failure” is one of the museum’s key messages. Dozens of failed products should motivate you to think more about risk management and a structured approach to starting a new business.

At the very least, there's something precious about watching those beautiful hopeless things that haven’t survived in the market.

Overheard in the smoking room

In a world where Joe Biden falls off his bike and meets BTS, Johnny Depp gets a win in court, and a kid from the royal family has a public tantrum, anything can run the risk of going viral. The demand for vintage aesthetics in Reface app is growing: Stranger Things swaps and personalized Playboy covers are skyrocketing. Okay, Playboy wins a little.

In June, Reface team reunited on the terrace of our Kyiv headquarters, grilling the steaks and messing around listening to Ukrainian music.

See you at the next monthly recap,
Dima Shvets 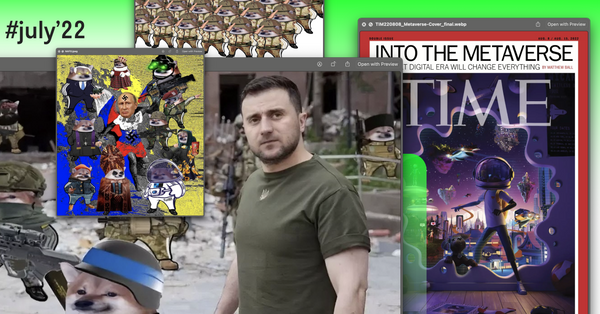 Terminator, Sherlock, Tyler Durden and others – what if women played famous male characters 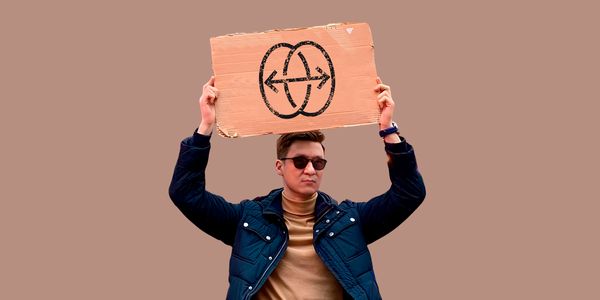 The secret of fun and why it works for business